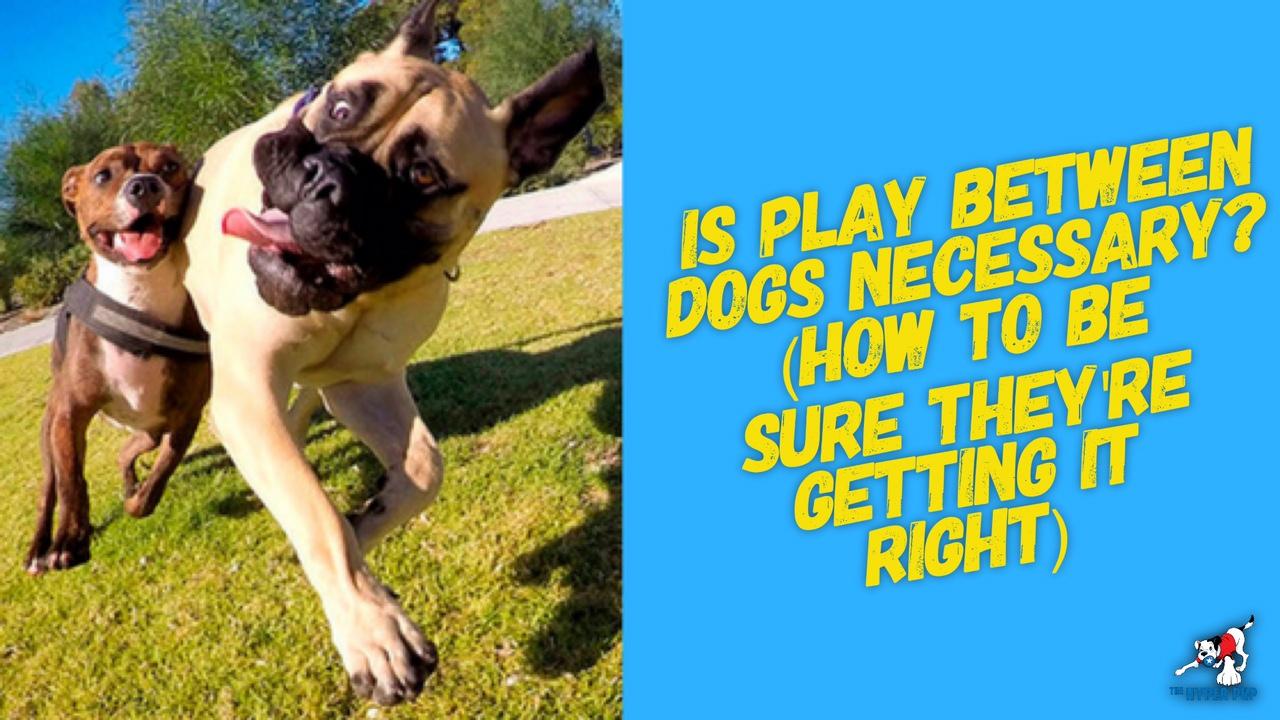 There is no evidence that play is 100% necessary for a dog to have a well-adjusted life. It’s just that if you do have a sociable dog then it may benefit you both to seek out a playmate and create such an opportunity.

When my dog, Macho, was younger he’d engage in frequent play with other dogs.

“Papa, what is he doing?” my daughter would ask.

Macho’s play involved vigorously dry humping the other dogs face or head. Leaving everyone, including the humpee, completely dumbfounded.

Where was the smooth Latin charm that was part of my dogs heritage? Why did everything need to be so hardcore and overly assertive with him?

Play between dogs is a confusing subject matter to most owners. They either feel that play is too vigorous and even aggressive-like (good play usually is) for their taste, or they ignore the potential warning signs of trouble or danger. This is a topic where education is sorely needed.

For humans, play teaches a variety of life skills in ways that regular linear learning can’t. The same goes for dogs. In fact, play becomes a major information gathering process and part of a dogs evolution towards maturity.

There’s a method to the dog play madness 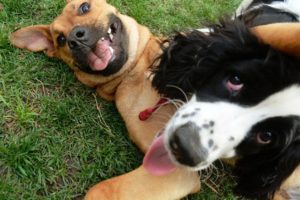 If you’ve read any other blogs or books on the subject you’ve no doubt heard the term “fluid movement” used to describe proper play between dogs. As in, “good dog play is a fluid movement, much like a ballet.” But what does that mean?

It means it should be smooth and not bumpy or spastic. Bumpy and spastic play is fraught with challenges that the average dog owner is unable to detect. Healthy play between two dogs means they engage (come together) and disengage (create distance) without any racing or speedy movement.

Healthy play can be identified if you know what you’re looking for.

Let’s break down the components of good play…

A. In good play there’s plenty of give and take. In simple parlance it means each dog takes his or her turn being submissive and dominant. Typically, that’s one dog on the bottom and the other on top and this position will alternate often between the two dogs.

A dog that feels he or she always needs to be on top or becomes overly anxious and even aggressive when pinned momentarily to the ground is not necessarily a dog that is dominant but one that may be dealing with a play deficiency.

Play deficiencies are what you would commonly see in dogs that display bullying behavior, overly assertive behavior (very rough play), or even, yes, dogs that get a kick out of aggressively skull humping other dogs.

A complete lack of socialization (continual positive exposure to other dogs), or an inadequate attempt at it, can produce a dog that is deficient in the necessary social skills needed to play suitably well with others. As an example, dogs deficient in the right social skills are generally unable to read another dog’s signals. Thus they may come off as either too awkward or too forceful.

Macho’s obsession with dry humping other dogs forehead doesn’t by definition point to a lack of social skills. While I imagine my dog having his freaky side, there is feasibly nothing sexual about the act. It’s likely a case of overexcitement and graceless positioning on his part.

B. Growling, and even displaying of teeth, is characteristic of appropriate dog play. What is most telling and critical is that the dog demonstrates controlled bite inhibition. Meaning that while a dog may have his or her mouth around the neck of another, they do not clamp down and bite. It is not meant to have a threatening intent.

In its purest form, dog play can be rowdy.

How to avoid the kind of play that will leave your dog scarred for life, literally and figuratively.

He are a few pointers… 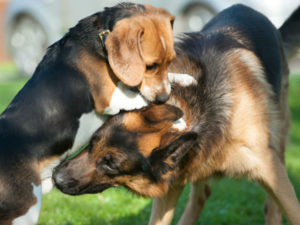 1. Match dogs evenly. Male and female are the best combination for play. Similar body types and age can also play a major part as to whether play will continue safely or not. A smaller and younger dog may not be a good match for a larger and more mature one. I wouldn’t rule out this pairing but very close supervision is crucial.

2. Learn to read body language. If you can’t tell whether play is going well or not then you’re handicapping your ability to intervene when needed. Like humans, dog can bully. Only by picking up on the signs will you be able to advocate for your dog. Or prevent your dog from bullying others.

3. Separate dogs if you feel play is becoming too over-the-top and too intense. A cooling off period is always a good idea.

4. If dogs separate and then continue to go back for more, that’s a good sign. But contact should be a mutual thing and not initiated by only one dog.

5. Plenty of open mouth, snarling, and growling is normal in active play.

6. Play bows can be given by one or both dogs.

7. Ensure that play occurs with only two dogs at a time. Three’s a crowd and some dogs don’t take well to share their playmates.

Take all this information and move forward confidently in the dream of having a happy and well-developed dog that can thrive in play.