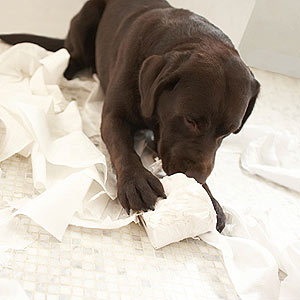 We live in a world where we’re constantly bombarded with information from all directions. It seems that everyone is trying to convince us of one thing or another. Media personalities, politicians, advertisements, self appointed gurus, websites, our government, etc. The challenge soon becomes about differentiating between points that are valid and have merit and those that do not.

In our world, the hard sell is on just about all the time. Out there is someone with a vested interest in convincing you that their way is the right way and that if you would only buy into their viewpoint your problems would be solved and all will be right with the world. Don’t fall for it so easily.

How does this affect you?

“The only thing two dog trainers can agree on is what the third one is doing wrong”, or so the saying goes. I’ve read this on countless blogs and articles, but it’s true. There’s a big riff in the dog training world between what’s referred to as old school trainers and positive reinforcement trainers.

First, you should understand the distinct fundamental differences between the two approaches. Each comes with its own unique perspective and approach to dog handling and each affects in a different way how you think about your dog.

Simply put, positive trainers advocate a pain free, non-controlling, humane method to training. This isn’t only about a more gentle approach but about one which enlists the dog’s full cooperation. It takes into account the dog’s intelligence and shows appreciation for his or her ability to think and learn.

The old school method, so called because the initial concepts and beliefs date back over 100 years, advocates the use of harsher, controlling, aversive methods. Behind these techniques lies the belief that dogs are by nature a dominant species, one that can commonly attempt to usurp your authority and position within the household, or the pack. Now, I’m oversimplifying it and there is much more to the theory than this but this is the leading belief at its bare essence.

This philosophy instantly sets up an adversarial relationship between human and dog, often times reversing a once happy relationship forever.

These trainers talk up a good game all the while ignoring the fact that the field of dog training has evolved enormously within the past decade alone and that scientific research has largely disproven their entire theory and belief system. It’s willful ignorance.

At some point you may need to hire a trainer and it’s truly in your interest, and that of your dogs, to know how this person operates.

Not all information is created equal

My point here is not to discuss the two philosophies but to highlight how adamant some trainers can be about their chosen approach to training.

There is a difference between a person who speaks with passion and another who speaks with the need to convince and persuade. Both can be right and both can be wrong, and it is often tricky distinguishing one from the other. If you don’t know any better you can be convinced and swayed into trying something that can eventually prove harmful or dangerous.

There are countless charismatic people out there with their imaginative jargon and fancy rhetoric. These people exist in many areas of life and they come in many forms, and the dog training world is no different. They’ll aim to persuade you that their way is the cleanest and fastest approach to the outcome you seek. Sometimes they’ll aim to impress you with quick results, and who in this society doesn’t love that? But results that are achieved speedily aren’t always the best.

I’ve always thought of it very simply…anyone who seeks to convince you that his or her way is the one and only way can’t be right. Educate yourself.

Don’t be won over by big brand names, celebrities, fancy credentials, charm, or big talk with stirring words designed to impress you and hit upon your emotions. A lot of it is just smoke and mirrors.

The knowledge you need to recognize whether you’re being led on the right track or not is out there in books, websites, DVD’s, and in many other forms. Much of the information obtainable is sound, well researched, and scientifically proven and if followed can aid your training efforts tremendously as well as help you gain a deeper appreciation of your dog.

Yet a whole slew of books, TV programs, and DVD’s, are full of information that lacks sound scientific research, is outdated, and in many cases disproven. That doesn’t stop many so-called professionals from passing it off as gospel truth. It’s confusing. As a rule, if it sounds fishy to you…stay away. Even if it is legit, backing off temporarily will allow you time to conduct your own basic research into the so-called facts being thrown your way.

Ultimately, the difference can mean a healthy, effective, and non-abusive manner of training and dealing with your dog versus one that can, in the end, harm him and backfire on you greatly. The wrong viewpoint can alter your outlook about your dog’s behavior for the worse. Be cautious. Never blindly accept someone else’s truth, no matter how authoritative they try to sound.

Remember this…there are no absolutes in dog training (or in many other areas of life for that matter). There is usually more than one approach to your chosen goal.

What is it about dogs in cars? The rush of air blowing hard against their…

When I leave my dog alone in the house, he eats my shoes and gets into the garbage. Is he doing this out of spite or is he trying to get even with me for leaving him behind?

Neither. There are a few reasons why this could be happening and none have anything…