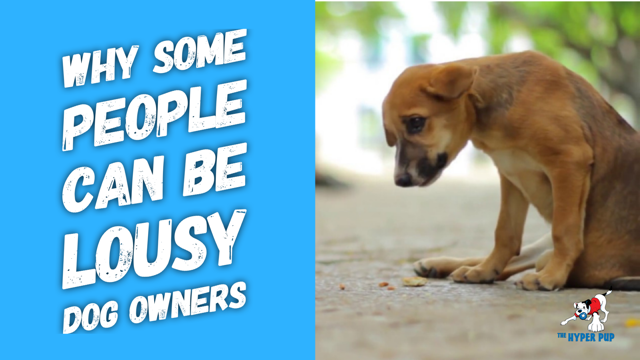 I am too lazy to train dogs on some days.

Sometimes it’s a challenge to work with a troubled dog that is going to make the process unpleasant. There’s an emotional toll to engaging with difficult dogs.

But nevertheless, I persist. Why?

Because at some level I enjoy the work. But more so, because I recognize the value behind the effort and I keep an eye on the long term benefits and results, for the dog and the human(s) in the dogs life.

Though I experience an occasional lack of motivation, my incentives to continue the work are clear and they feed my drive for carrying forward. In other words, I understand that the temporary discomfort is outweighed by the long term rewards. Unfortunately, this isn’t the case for many dog owners.

The many dog behavior issues I deal with run across a spectrum. They can range from the mild to the highly intense and even dangerous. And very often at the root of the problem is a human that dropped the ball. Someone responsible for the dog that either helped create the problem or enabled it’s development until it became something uncontrollable.

The reasons vary, but here are some of the most typical, albeit unacceptable, reasons/excuses which are common among lousy dog owners.

1. Being a lazy dog owner

It’s the ongoing joke in the industry that most dog owners signing up for a six week training class stop going after the third and fourth class. I experience this in the classes I teach. Interest declines and people slack off.

Since not all learning is sexy and fun, many lose interest once they realize that they’ll need to put in work for the results. Or when it dawns on them that their dog isn’t going to magically transform into Lassie.

Sometimes they just settle for good enough. But too often what they think they’ve achieved doesn’t amount to much of an achievement at all.

We humans are good at deluding ourselves. Especially if it helps the procrastination efforts.

Laziness ensures, not only that you settle, but that you never attempt to improve on your dogs condition or lifestyle.

2. Wanting to have all the answers before starting training
There’s a direct correlation between the work you put into something and the results you get from it. I heard this message long before I read Napoleon Hill or any of the countless lame motivational clones out there. Not that I think Napoleon Hill was lame. My dad did a good job at drilling his work manifesto into my head.

Too many of us get hung up on not being able to know the exact way of doing something. We use this as an excuse shield to ward off those that wonder why we’re not taking action. Procrastinators and excuse makers believe that in order to start they need to be well informed and fully prepared for the job ahead.

The best starting point can come from a place of ignorance. “I’ll wait until I have my shit together”-itis is a recipe for procrastination. Find the work ahead daunting and you’re more inclined to put it off.

If you’re not bright or gifted, there’s still hope for you
When younger, I rebelled against my father and his ways in every conceivable manner. His attempts at imparting wisdom sounded like nothing more than noise. For me, it was all bullshit.

“Life is going to be simple”, I thought. It wouldn’t involve long hours toiling away in a factory. That was the route my father took. He had worked his way up through the garment industry of New York City and made good money back in the 70’s for a man with little grasp of the english language. As an immigrant he had little options. But it wasn’t going to be my path. Where he failed, I would succeed.

Never mind that I lacked the charm and confidence that oozed from my father. Those things didn’t carry much weight with me. I determined that my brain was the key to success and the means to whether a person made money or not, and I surely had more brains than my father. Someone somewhere was surely going to recognize my intellect. Ergo, I was to be swimming in money decades into my future.

It was a sure thing.

Except It didn’t work out that way.

I miscalculated. Life managed to break through the thickness of my head in a way dad couldn’t. The need for hard work ruled the day, followed by charm and confidence. Brains weren’t even in the running. In the real world, hard work will almost always outdo brains and talent. Dad was right.

Start the work and figure it out as you go along. Dog owners would be wise to follow this advice.

3. Not recognizing our weaknesses, and failing to get help
It can generally take us humans decades of getting our asses handed to us before we glean any fruitful life lessons from bad experiences.

Dogs learn their lessons fast. Rattle the food bag and it means dinner. Rub their noses in their own poop and it means you and poop don’t get along well so the dispensing of the poop will happen elsewhere, away from your poop discriminating eyes.

If you’re frustrated that your dog isn’t learning fast enough then chances are you’re failing somewhere along the line. It’s not your dog’s fault. It’s rarely your dog’s fault. Smart dog owners understand this. Lousy dog owners rarely do and even recognizing the problem doesn’t always lead to seeking help.

There’s no shame in asking for help. But there is shaming in allowing a known problem to fester and develop into something worse when you could have prevented it early on.

4. Being too busy to work with your dog is a BS excuse.
Here’s some practical advice. If you’re too busy with life to teach your dog basic manners then you shouldn’t have children, because it’s the same principle and kids require regular consistent engagement and it only gets harder. If you already have children and a dog that you’re struggling to teach the simplest of skills then ignore this advice because chances are you’re already in over your head.

Get some outside help quick.

Don’t convince yourself that you can manage the situation while dealing with screaming kids and an out-of-control dog. You can’t, and you won’t. If your life fits this description, get help. There’s no shame in that. But if you feel that you’re a force to be reckoned with because you have your shit together yet still can’t find the time to work with your dog, you’re lying to yourself.

5. You never wanted a dog, you wanted an image.
Bring anything that lives and breathes into your life and you should expect to care for it. Expect that it will be dependent on you at first, if not forever. Expect to feed, nurture, teach, even mentor it through life. All this spells commitment from you.

But it’s probable that it’s more than you bargained for because you were never interested in giving commitment in the first place.

You were interested in the image of a happy, affable, social, goofy dog everyone would love. That’s because the dog makes you look good. Maybe you wanted a social status upgrade. A chick or hunk magnet. A way of leveraging attention. A house fixture. A semblance of normalcy to your somewhat chaotic or boring existence. Perhaps you wanted an outlet for your own emotional neediness. But you never wanted a dog.

6. You know what you need to do, you just won’t do it.
If it’s true that some dog owners won’t make training efforts until they have all their ducks in a row, others lie to themselves about those ducks ever existing. At some level we know that all the pieces are there but we won’t take any action to put them together.

This is more a matter of not caring than it is of laziness. Somehow the developing dog problem isn’t impacting our lives, or nerves, in a highly negative way.

In other words, our pain point hasn’t been triggered.

Of the many lies we tell ourselves, the biggest lie we believe regarding our dogs issues is that they aren’t so bad, that they won’t get worse, or that we somehow can learn to live with it.

There’s always a reason we don’t act when deep inside we know we should. The biggest lies we’re exposed to are the ones we tell ourselves.

10 BS facts about Dog Aggression (many people think are true)