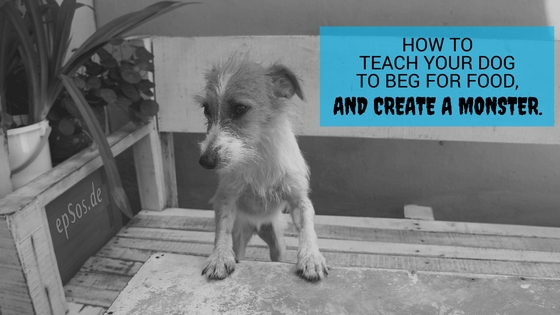 Summer days are no fun without gathering some family and friends, heating up the grill, and kicking back a few brews. Actually, that’s all there really is to do in my area of Saratoga Springs, NY. That and gaze at the cows. It’s a drag.

So grilling it is, and even that isn’t enjoyable without Macho by my side. Macho is our Pittie mutt who watches over the grill while I cook.

“Not another step closer buddy.”

Actually, Macho doesn’t just watch over it, he guards it.

Guards it like those uptight sentries at Buckingham Palace. Or the Swiss Guards at the Vatican, but without the awkwardly ridiculous costume. 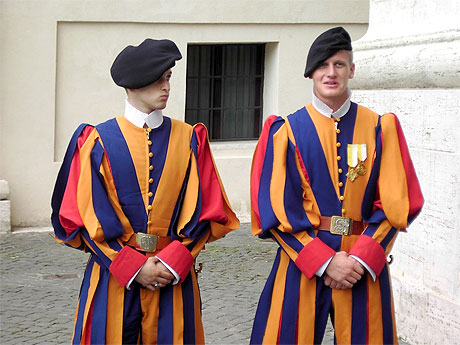 “Hey, think we can pick up women with those hot threads?”

This is how the problem begins.

Sometimes when I look over at him I find it disturbing that he doesn’t appear to blink. Just sits there fixated on the grill. His cagey eyes surveying every move.

Maybe he hopes that by some miracle of physics a bit of steak will fly off the grill, like salmon migrating upstream, and land at his paws. Of course, me chucking pieces of meat his way adds to his delusion.

It doesn’t take long before he figures out where the food comes from and once that connection is made in his blockhead he’ll sit there, no matter how long, until more food lands in his drooling mouth. That’s random reinforcement at work folks (remember this cause we’ll be coming back to it).

Now I realize that a dog hanging by the grill is funny. No doubt that it’s something cute to point out to all your friends and neighbors.

“Ha, look at my dog standing guard over the grill”, you say while stuffing your face with yet another hot dog.

But here’s the point to get – if you’ll look past the cuteness you’ll see the dog is being conditioned (let’s call it “trained”) to do just that. More so, each time you throw him a damn tasty treat from the grill you’re strengthening the behavior.

So you’re asking yourself – “What’s the problem with that?”

Put yourself in his place.

Let’s say you stand under a tree and suddenly a $5 dollar bill falls from above. A few minutes later a $1 dollar bill floats down, and in another few minutes $10 dollars. With all this money dropping on your head I’ll be damned if you don’t hang under that tree all day long.

In fact, you’ll call in sick to work for the next few days and camp yourself under that tree for as long as money continues to rain down. Sure, you’re going to need to exercise patience because not every bill is going to be a 10 or a 20 but you’re willing to wait. See, it’s the same idea with your dog and the grill.

Here’s another example. Ever been to a casino?

Even if you haven’t, you know what a slot machine is. You’ve seen how it makes slot junkies out of everyday people.

Wonder why that is?

They drop a coin into the machine, pull the lever, and hope that they get a reward. Sometimes they do, but more often they don’t. Yet the excitement of “hitting”, no matter what the amount may be or how long they need to wait before they hit, keeps them in the game and dropping more coins into the machine. They’re anticipating of an eventual outcome.

Because they know there’s money in the machine they’ll go on feeding it coins, even if at first it delivers nothing. And that’s because they know that at some point they’ll eventually hit and when they do they may just hit it big. We’re talking big bucks baby.

That’s random reinforcement. The continued attempt at something with the expectation that they’ll be rewarded in the near future.

And that, in a nutshell, is how we train and condition our dogs to beg.

There is excitement in the unknown. The idea that you’re never certain if a reward is coming or not is enough to hook you. Once again, the anticipation. And if a behavior is reinforced, it will occur with increased frequency. Random reinforcement = Heightened expectation for more of the good stuff. 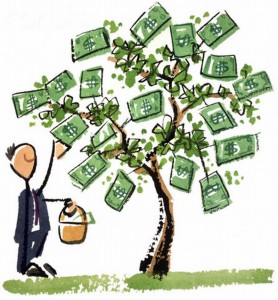 This is how the problem gets ugly.

Let’s go back to the money tree. Imagine that your neighbor down the road caught on about you and the tree and decided he too wanted a piece of the action.

You know the guy I’m speaking of. The one who borrowed your chain saw 3 months ago and never returned it. The same one that goes crazy with the fireworks on the 4th of July, blasting away all night and stressing the hell out of your dogs and toddler. Yeah, that very same neighbor.

So by now you’ve accumulated a nice chunk of change under that tree all by your lonesome. Dreams of early retirement and that fancy boat you’ve lusted after are floating in your head. But that may all come to a screeching halt because your parasitic neighbor wants to wet his beak on your gains.

How’s that going to make you feel?

But wait there’s more, what if other neighbors found out about the tree? That means much less for you. Are you going to be a schmo and share with everyone that comes? Or are you going to get medieval on that neighbors ass and defend your turf till the end?

Your dog is going to be faced with the same decision when it comes to the honor of his grill. He’s hit upon a goldmine and he’s not going to be too keen on sharing. If he chooses to fight it out – well, let’s just say it may not be pretty.

Also, it’s not just other dogs he’ll fight off to defend his resource. He could very well do it with adult humans. Or worse, how about a small child?

My simple point is: if you don’t wish to create an undesirable longlasting habit, or if you don’t want your dog to get defensive about others getting up in his grill this summer, be mindful of what you’re teaching him.

Now, put another shrimp on the Barbie for me.

15 hard and fast tips every dog owner should know and follow, but most don’t. (Updated)