(Yeah I know this isn’t an actual ballad, so you don’t need to tell me)

She arrived with a bad case of Mange and resembled an old wrinkled sponge that had been left out to dry one too many times and forgotten about. Luna was her name and she was the sweetest of dogs.

This crumpled and creased little girl was quiet, timid, and subdued. She clung to her older brother, Macho, surprisingly fast, as if they had known each other in another life.

Wherever Macho slept, there was Luna nested between his legs. It was as if she was unsure of humans, but was comfortable in the company of other dogs. 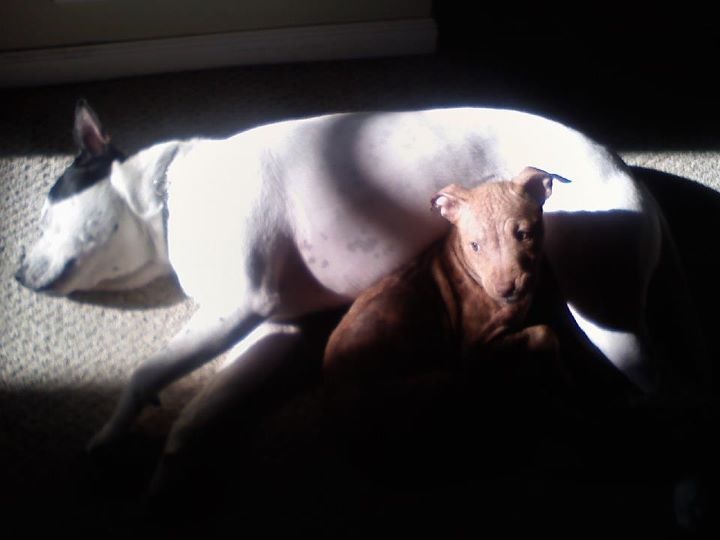 In her short life Luna had been shuffled around and eventually taken from a kill shelter by a local rescue group. Never having time to bond to humans and always surrounded by dogs. Dogs most likely as nervous and scared as she was. We didn’t know at the time how much of a fearful dog she would eventually become.

Maybe it was her puppyhood, or the fear of the new surroundings, or the illness, or all combined but she slept a great deal in those days.

Michelle and I were her foster parents. Fostering dogs was not one of our strengths. We had trouble parting ways when the time came to find her a home, so we kept her.

Luna’s eyes spoke sadness and insecurity. If she could have expressed herself in words she might have told us how unsettling it was to be moved from place to place and never be certain of what was coming next, but she couldn’t so we relied on her eyes to tell us her story.

Within a few days she began to open slightly, cautiously interacting with those around her. Shying away from affection was never her style but now her efforts to engage the people around her were considerably more robust and energized. This only served to further endear her to the family. We changed her name to Lulu.

Discovery is part of having a new dog in your life. You think you’re getting one kind and a few days at home brings those expectations to a crash. New behaviors emerge and old habits return. Comfort sets in. You feel bamboozled and wonder what the deuce happened to the lovable little dog you met and if worse is yet to come.

The depth of Lulu’s fears wasn’t clear in the beginning. Maybe a few subtle signs at first but we chalked it up to adjustments in the new environment. Sudden movements, loud or unfamiliar sounds, falling objects, they all made her either freeze in panic or speedily dash off to safer grounds. The signs were all there. Tense brow and face, clenched jaw, ears pulled tightly back, tail tucked way in, and head hanging low to the ground when she walked.

What got us was the licking. It was endearing and annoying at the same time. This is what is referred to as a calming signal. Lulu felt the need to slap you with her tongue whenever you were within close proximity. This was both an appeasement gesture and a simultaneous need for space. 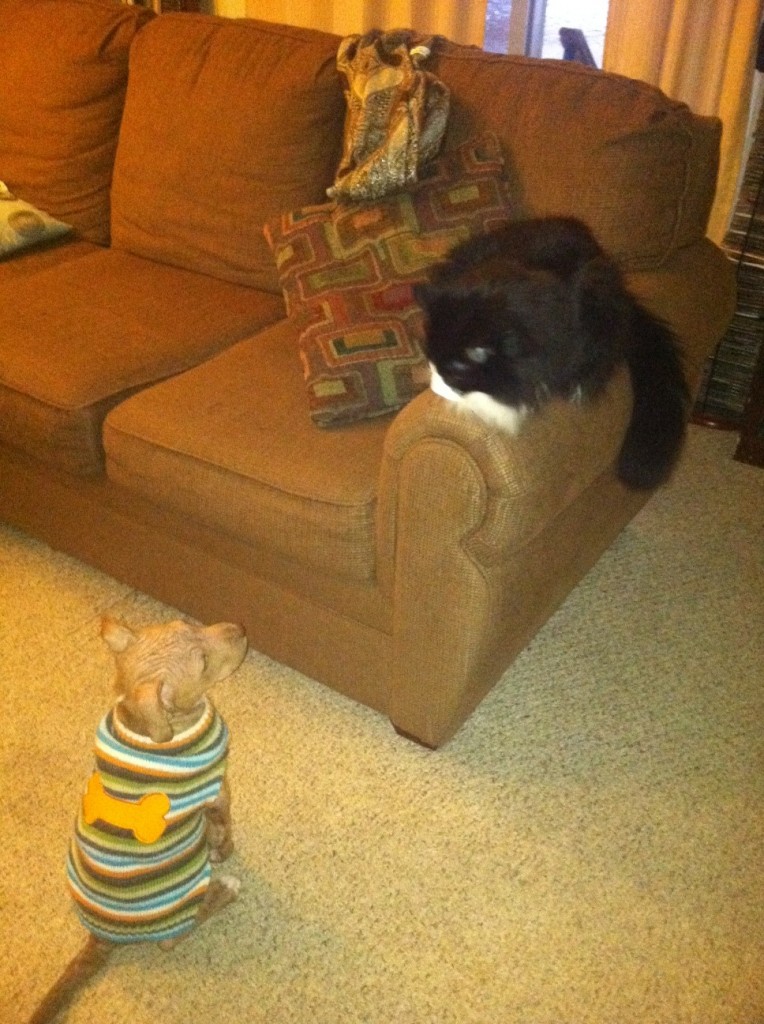 Lulu gets the house rules from our three-legged thug cat Charlie.

When she sat on the sofa with us I found it best to avoid eye contact. That just brought out her insecurities. The tongue darted out so fast towards your eye that there was no chance of steering clear of it.

It was the behavior of an emotionally conflicted dog. The flitting tongue continues to this day. It’s her signature move. We now call her Licky Lu.

How not to get hurt by your dog

Get your dog to focus by teaching “Touch”

Touch is a simple cue. On the surface it doesn’t look like much. Because of…