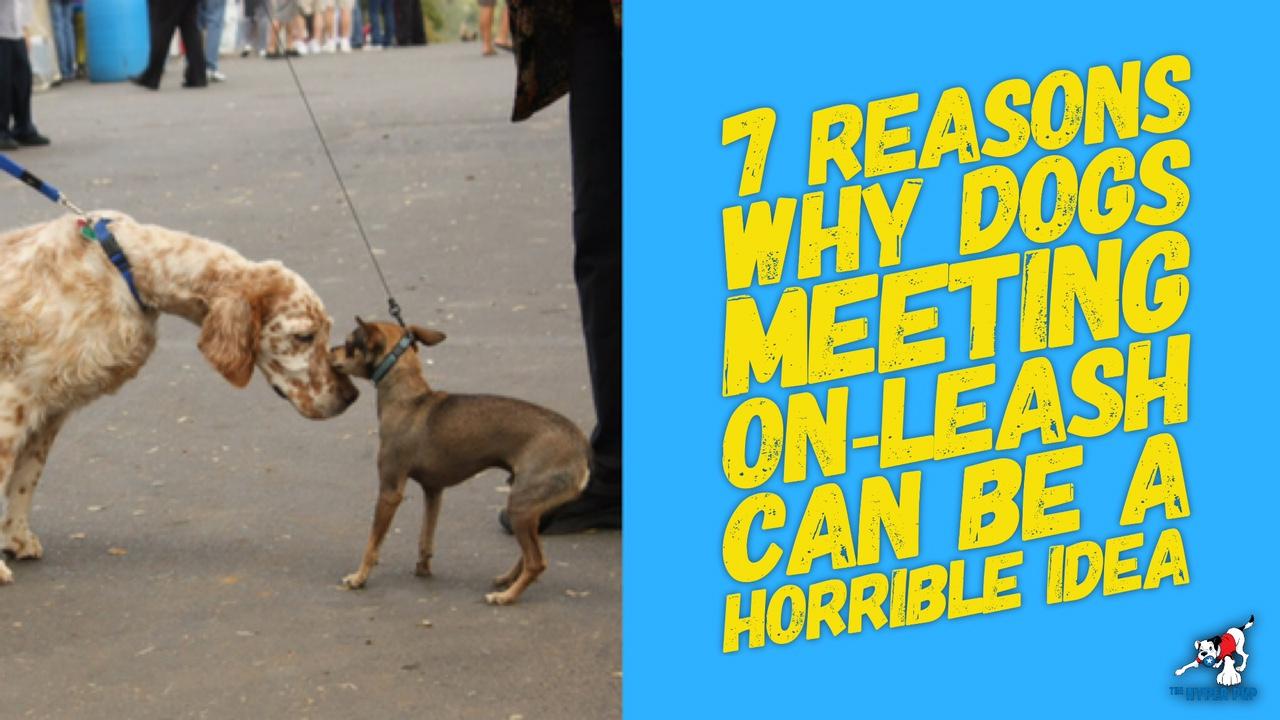 When I lived in New York City, traffic lights were to be ignored if you were a pedestrian. At least by me. I know that sounds ridiculous but to many New Yorkers crossing the street is all about spotting an opening and taking it.

I was guided by instincts, and they served me well.

I astutely focused on vehicles and pedestrian traffic in order to help me identify patterns that I would then exploit, much like that character in the movie “A Beautiful Mind”.

Over 30 years defying the laws of common sense by throwing myself into moving traffic, yet not one negative incident. No times during which I was injured. Not even a close call (knock on wood). I’d say that was a pretty good track record.

A record of continual successes like that just serves to reinforce the belief that you’re doing the right thing. That your actions and strategy work. Even though an outsider might say you’re wrong.

A method to the madness?

An outsider (read tourist), might look upon my actions and think I was just one more New York City nutjob hellbent on getting himself killed.

While others waited patiently for the light to turn (again, mostly tourist), I’d throw myself into moving traffic, weaving through it, and safely making my way to the other side before disappearing into the crowd.

Tourists gawked, and I went about my way knowing I beat the game.

I applied the same mindset and crossing ritual when I moved up to the country in Saratoga Springs. It didn’t go so well.

I was forced to rethink my propensity towards recklessness and learn a new way of behaving. Now I wait for the light to change. Not very patiently, but I wait.

Science says that the longer we practice an action the more ingrained it becomes within our repertoire of behaviors, and the more challenging it will be to modify those actions and alter the behaviors.

All this may help explain why we’re so insistent on having dogs meet and greet on leash. It’s the classic, doing something out of habit even though we’re aware the outcome may not be a good one.

Let’s consider how it can all go wrong…. 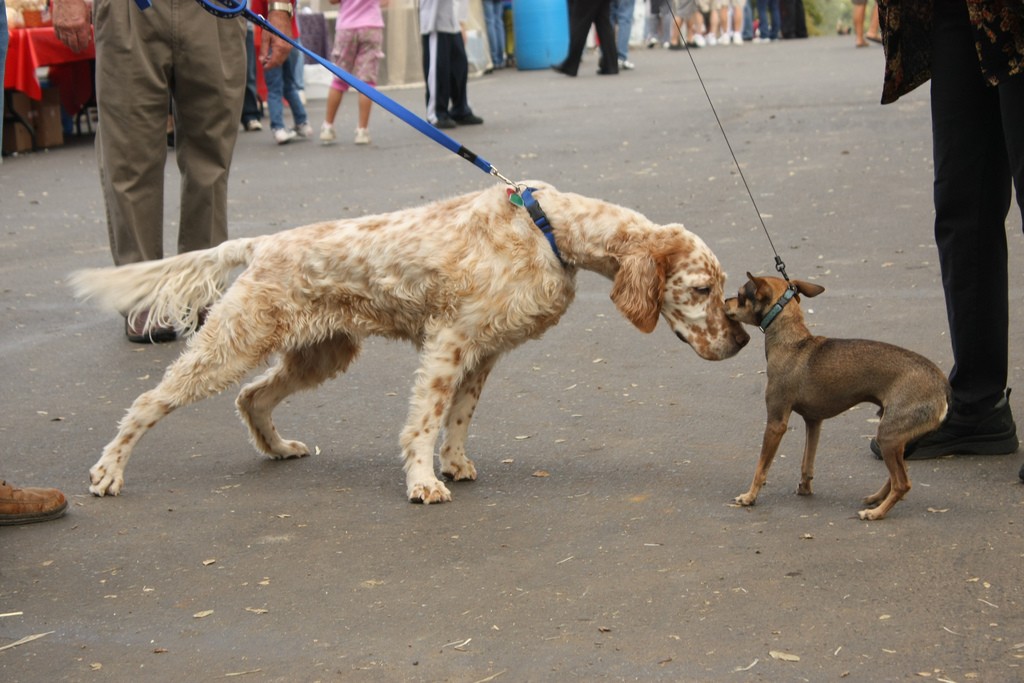 Humans primarily convey ideas and feelings through words, dogs don’t. Much of what we need to know about a dog’s current frame of mind is conveyed through their body language and the various signals they give off at any given moment.

Body posture, tail position, open or closed mouth, eyes, excessive licking, hard staring, standing tall and straight or low to the ground and avoiding eye contact. Absolutely everything about their body says something significant about their state of mind.

Yet most of us are unable to decipher such signals.

Given our poor assessment of dog body language how confident do you feel that the human walking his large breed dog in your direction is going to be able to accurately assess, or even consider, your Chihuahuas emotional state?

Your dog, or the one your dog is about to engage with, is indicating stress, submissiveness, overexuberance, fear, possible aggression, etc. Her body language will clearly alert you to your dogs feelings/state of mind towards the other dog. If you can’t read her, you’re essentially operating in the dark.

2. It’s an unnatural way for dogs to meet.

Humans generally meet head on. Face to face with plenty of eye contact. The more the better. This manner of greeting is bad news for a dog.

It can appear highly threatening, bring about stress, and even make a dog defensive. Yet it’s almost exactly how we guide and coax our dogs to greet another when allowing them to meet on leash.

A dog’s natural way of saying “what’s up” is more fluid in motion.

Dogs move in and out of each other’s space at a moderate to slow tempo. All the while sending subtle signals to each other. Signals designed to reveal intent and level of threat. Dogs that feel safe continue to close proximity and eventually engage. This may take minutes or seconds. Dogs that are uneasy about the other may choose to keep a safe distance.

Whether or not they choose to play and further the interaction is entirely up to them. Safety is a primary concern to them at this point.

But it’s not a haphazard attempt at play like many would believe. It’s highly ritualized and there’s a great deal of communication going on before any play occurs.

Pushing two or more dogs to engage while on leash makes the process unnatural and therefore potential dangerous.

As mentioned above, the getting-to-know-you phase can be one of uncertainty and even stress. Especially so with a fearful, anxious, or insecure dog.

The ability to move in and out of each others space provides a strong feeling of comfort and security for dogs. While some dogs are able to jump quickly into social engagement, others my choose to take it slower. This is when the need for creating distance becomes a vital part of the process.

Let’s consider the effects of stress on the “fight or flight” option. Given the choice, most dogs would choose “flight” and move away from a potential conflict.

However, a dog greeting another on leash no longer has that advantage. Leash restrain now pushes the dog to deal with his stress and possible feelings of insecurity.

Once stress levels increase to an overwhelming level the dog may feel compelled to react and go into fight or defensive mode. It can all escalate from there and turn a potentially positive encounter into a dangerous one.  And it can happen amazingly fast.

4. Some dogs are over-excited greeters

You don’t want to introduce an over-excited greeter to another dog on-leash.

These are the dogs that rush into another’s personal space without adhering to any signals that may indicate readiness.

Allowing for overexuberant and overexcited initial engagement, especially between two or more unfamiliar dogs, can end on a bad note since many dogs can perceive these behaviors negatively.

5. Some dogs have social anxieties.

One of the most frustrating encounters I frequently see is that of the hopeful human attempting to push a clearly nervous dog into engaging with another dog, usually on leash. All in the hopes of socializing or turning a shy dog into a social butterfly.

This is a bad strategy, and it can easily backfire.

Let’s remember that proper socialization is all about creating  POSITIVE experiences for your dog.

Anxious, fearful, or nervous dogs need humans who will advocate for them by ensuring introductions (if needed at all, most are not) are gradual, at the dogs pace, and as comfortable as possible.

6. Some dogs have play deficiencies.
There are certain dogs that simply do not know how to properly engage and play with other dogs.

Perhaps due to inadequate/poor socialization or the pup may have been weened from his siblings much too early to learn proper play. Either way you have a dog that plays too rough, is too assertive, or just doesn’t play fair with others. These are the bullies of the canine world.

The truth is not that they’re actually bullies but that they grow up lacking the ability to read social cues in other dogs. To make matters worse, they rarely give off the correct social cues themselves.

Dogs like this are allowed to practice their bad habits, sometimes on a daily basis. They have owners who are uninformed, or just don’t care. These dogs also frequent dog parks.

Some owners are not comfortable with the idea that they have a dog with social issues. They want the Disney version dog.

A friendly, adorable, affable, highly social pet that will love everyone and be loved by everyone. When this doesn’t happen these folks can go into denial and refuse to see their dog for what they really are. They don’t respect the dogs limitations.

Because of this, they turn a blind eye to their dogs unique set of problems. What this means is that they place the dog in environments and situations which create high levels of stress for their dog. In the end, no one is advocating for the dog due to unrealistic expectations. 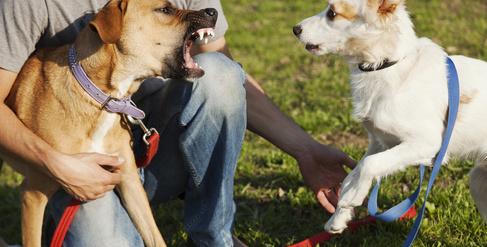 Don’t get too despondent about all this. If you’re one of those people who enjoyed introducing your dog to another while on-leash there are still alternatives to consider.

Taking dogs out on a walk

Dogs respond well to movement, it can be magically therapeutic in its calming outcome. Because of this it’s a fantastic idea to engage them on a good 30 minute, or longer, walk.

Dogs walking alongside another have little time, motivation, or willingness to focus on the other dog walking next to them. The rhythmic movement of walking and the ongoing motion helps the dog achieve a calmer frame of mind and be more accepting of the other dog.

We often hear that we should “walk our worries away”. It’s good advice and one based on sound concepts.

Movement has the ability to displace our energies and dissipate them into the atmosphere. Try it for yourself, but definitely try it with your dogs.

Placing two equally matched dogs in a wide, secure, supervised open space can often help them meet in the most natural way possible.

Since they’re unrestrained the greeting happens on their terms. Stress and any social anxiousness is often either reduced or eliminated.

So there you have it: seven reasons as to why dogs shouldn’t meet on-leash and two good alternatives.

Let’s remember the most relevant thing here. We should be advocating for our dogs and doing what is in their best interest. Even if that means we take some precautions that others deem extreme.

All it takes is one nasty on-leash interaction between your dog and another. Once that happens the events and emotional state created within your dog will leave an imprint that may remain for the rest of his or her life.

A simple and effective technique to tame a demanding, bossy, or needy dog (Updated)

Someone once told me that dogs are natures greatest manipulators. I wish I could remember…