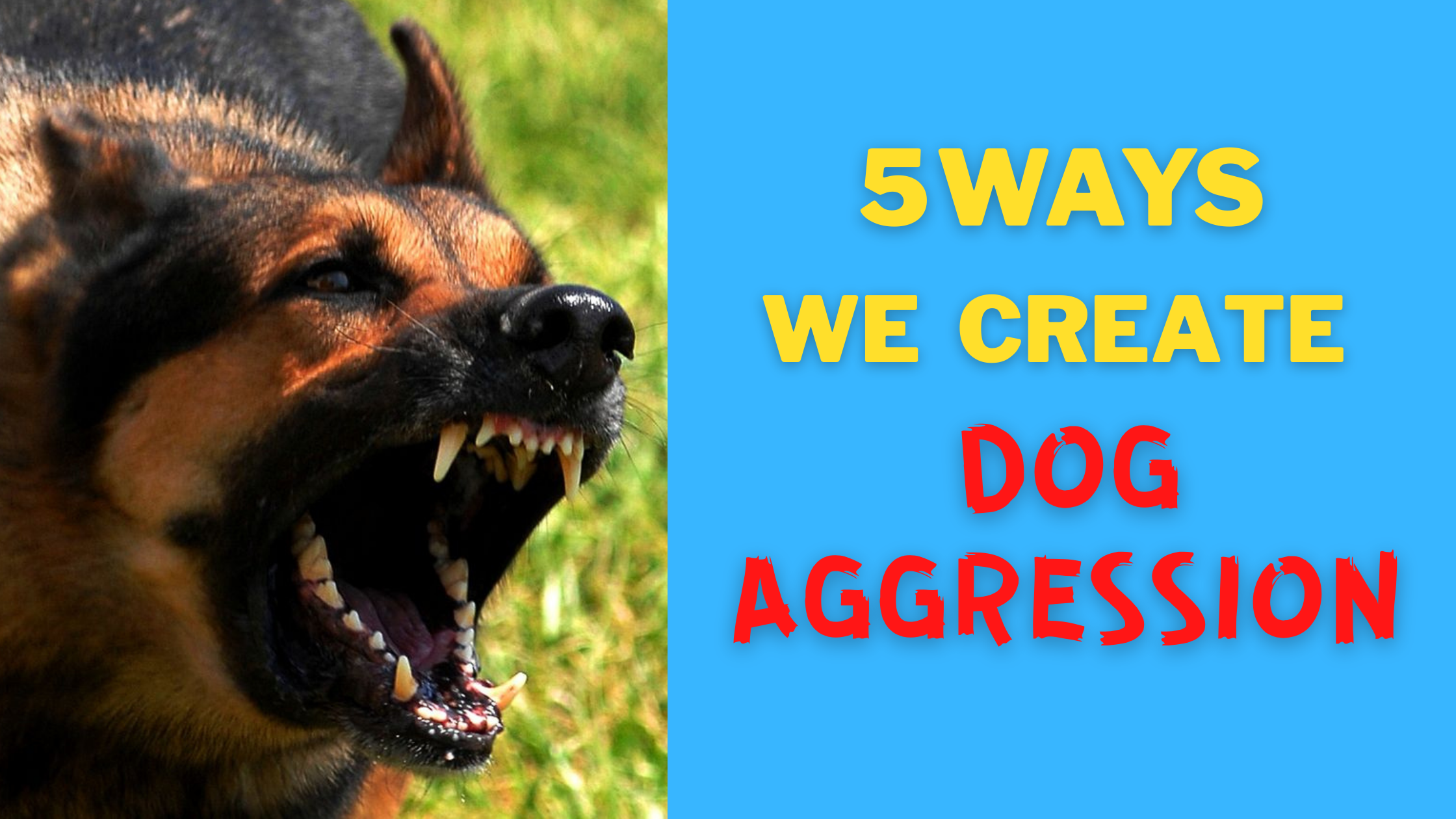 It happened so fast that my 9 year old brain didn’t register the bite.

That is, until the blood oozing from my wrist dripped onto the wooden floor and the frightened gasps from my friends echoed off the walls.

The Doberman was fast and I was lucky.

I was lucky that he didn’t have the desire to do serious harm.

He only went for my wrist, although my face was but inches from his. Personal space wasn’t something I had much respect for at 9. This Doberman could have done much worse.

The dog was simply reacting, as anyone would, to having a gang full of screaming and overexcited kids corner him in a dark hall of a tenement-like building.

Bring him into that danky hall was our first mistake. 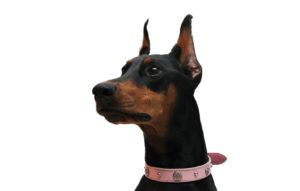 In a mad overzealous rush of excitement when running across a stray dog, we desperately tried to get him to take bread from our hands.

And by “tried” I mean we practically forced the bread into his mouth. I still have no idea where the bread came from, but this was our second mistake.

Not one of us had a dog at home. The sudden appearance of a Doberman on a quiet summer afternoon on a Queens, New York street was a happy surprise that jolted us out of our everyday boredom.

We were young and drunk with joy. A dog to play with and do as we pleased. And to top it off, no adult supervision.

The adults were all inside while me, and my rowdy group of friends, lured the skittish Doberman through the front door of the building.

That was our plan and we executed it masterfully.

Once inside we boxed him in with our bodies, thus preventing him from running back out. We thought we were slick. In hindsight I now know that by not giving him an escape route, or a means to run away, we were only adding to his stress.

Our intentions were good. It never considered that the dog might perceive us as threats in a tightly confined space.

If only we had known.

We could have benefited greatly from the intervention of an experienced adult or dog trainer.

Not that we would have listened. Adults had no credibility if you were a kid growing up in New York City during the 70’s.

But should we have listened we might have understood that we were treading on dangerous grounds.

The trainer would have told us that the dog’s body language conveyed insecurity, confusion, stress, and fear. That he only took food because he was hungry, having possibly wandered the streets scavenging for a meal.

That by cornering him in the hall we were intensifying his fears. That by surrounding him we were placing him into fight or flight mode. That we were pushing precariously towards his threshold.

And that by closing in on him, without allowing him a means of escape, we were giving him only one option. A violent option.

The encounter didn’t scare me off of dogs, obviously.

I grew up with a deeper level of respect and appreciation then I may have had otherwise. But I still bare the mark on my wrist. Like a talisman that has brought me good fortune with dogs, yet forces me to never forget.

Now, here’s the key takeaway from this story…

It was my fault.

The Doberman wasn’t a demon dog who mysteriously appeared to innocent children looking to inflict harm upon them.

He was likely a lost, confused, hungry, stressed dog who had the misfortune to come across a group of unruly kids who added to his mounting stress and tension.

I who pushed the dog to the breaking point, or over threshold. I entered his personal space. I repeatedly extended my hands into his face. I laughed loudly. I cornered him in a dark space.

That was long ago and my understanding has clearly evolved, but this isn’t the same for everyone.

I’m still amazed about the level of ignorance we display when it comes to our dogs behaviors and psychology. We bring them into our homes and lives but choose to remain uneducated and uninformed with regards to their needs and behaviors. Many of us hold on to highly outdated ideas about them.

What we do know is generally gleaned from reality television shows or overused rules of thumbs based on hearsay and second hand information.

Like the nosy neighbor who can barely control her kids but quickly dispenses advice on how you can best raise yours. You know the type.

Not many of us truly understand what dog aggression is, let alone how we contribute in its formation.

Here’s an important piece to keep in mind:

Aggression in dogs is almost always brought on by feelings of insecurity and/or fear. Dogs don’t act defensively simply because they don’t like you personally. Nor is it malicious in nature. Aggression is a reaction to an overwhelming amount of stress generally brought on by a perceived threat which invokes fear and compels the dog to behave defensively. Read that again.

There is always a trigger for these actions, thus making the behavior specific and not generalized.

In other words, the dog is responding to a certain stimuli within the environment and is not displaying aggressive behavior randomly.

There is no such thing as random aggression or aggression happening “out of the blue”. There is always a reason and a cause. It’s only a question of whether or not the handlers are able to identify these triggers.

This is how we create an aggressive dog:

1. We don’t adequately or properly socialize the dog
Socialization is the single most significant thing you can do for your dog early on in life.

A lack of socialization can ensure that your dog progressively begins to feel troubled and stressed by unfamiliar sights, sounds, environments, dogs, humans, and so on.

If the thing is novel and your dog has no experience with it then there’s a good chance that your under-socialized dog will feel uncomfortable in its presence.

Fall short in your socialization efforts and you could be paying for it for the rest of your dog’s life.

2. We isolate or confine the dog for long periods
This one falls in line with a lack of socialization.

The average pet dog lives a very restrictive life. Crates, indoors most times, baby gates, leashes, etc. These are necessary for public safety but there’s no denying that such an existence can have detrimental effects on a dogs psyche.

A dog with a very limited experience of the world can feel suspect and insecure we he finally does get to see the real world.

Dogs, like humans, are always craving safety and security. The more anxious and fearful a dog is, the more they yearn to feel safe.

The onus is on us to provide them with a safe world consisting of routine, structure, safe environments, safe humans, and consistency in how they’re dealt with and handled.

In other words, you want to make life extremely predictable for dogs. Predictability equals a sense of safety because it’s stable and reliable.

The opposite is how you can create defensive behavior.

Make life unpredictable, stressful, and continually filled with tension and you’ll eventually see a dog who reaches his threshold quickly.

4. We don’t provide safe spots for our dogs.

This is a follow up to number 3. Dogs tense up and stress out in certain situations. For example, during family visits when your obnoxious nieces and nephews drop by to wreck havoc on your house and annoy the dog.

Safe spots are areas where the dog will often feel more at ease and less anxious about his or her surroundings.

These can be a crate, bedroom, or any other area of the house where they can typically be alone. It’s a bad idea during these times to ignore your dog’s need for safety and security.

Given the option, dog’s usually remove themselves from stressful or fear-evoking situations and environments. Remove that option and your dog can very well reactive defensively to an overwhelming amount of stress. You know, it’s that fight or flight thing.

5. Turn a blind eye to the warning signs

The beauty of dogs is that they’re always telling us how they feel. There’s no hiding their emotional state.

Stress and joy are both equally displayed in a dogs body, as are a myriad of other emotional and mental states. Yet when we don’t learn those body cues, or worse, we turn a blind eye to signs of distress, we begin to operate in the dark. Unable to read the signs that could otherwise help us alleviate stress.

Equally as important as socializing your dog is the ability to read your dogs body language. The return on investment for your efforts can be life changing for both yourself and the dog.

I’ve learned much working with dogs and their humans during the past 10 years but one key things stands out – the idea and understanding that most aggression in family pet dogs is avoidable.

How dogs see the world different than we do.

Driving my mom back home from my daughters’ birthday celebration, she mentioned some of the…

If you’re like me you’re always looking for new places to take your dog. Either…